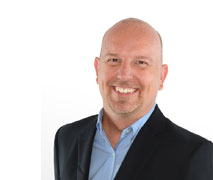 George Saltsman is transforming education. As one of education's leading authorities in mobile learning, online learning and faculty development, George works tirelessly to shape the future of how we educate students in the digital age. By equipping educators and innovating with technology, George is making a measurable difference across the world... and at home.
His leadership, scholarship, and professionalism have earned him the titles of Apple Distinguished Educator, Campus Technology Innovator of the Year and a New Media Consortium Center of Excellence. His ideas are published widely and presented internationally. George's passion for working with professionals to advance teaching, learning and technology is evident in his drive to challenge the status quo.
Whether in large venues or one-on-one consultations, his talent for advancing educational practice is distinctive and noteworthy. His unassuming attitude and ability to bring clarity from chaos are just part of what makes George so unique.

Video: Creating a Culture of Innovation in Your School https:/www.youtube.com/watch?v=PWufMsVpwuM 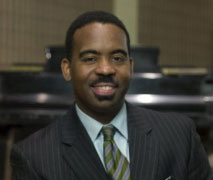 Congruent with his dissertation project, “Gaming to Teach; Using a Virtual Reality Structured Intranet to Teach Solo Trombone Works by Rabe, Persichetti and Xenakis”, Dr. Blaine has long been interested in the intersection between great art, teaching and technology. His role as conductor of Jackson State University’s CyberLearning initiatives provides leadership for the development of a 21st century learning environment for students and faculty.

Active as an international conductor and soloist, Dr. Blaine has led ensembles in performances in China, Central America, the Caribbean, and throughout North America. As a soloist, Robert has premiered several works for trombone. His most recent solo performances have included appearances with the U. S. Army Orchestra “Pershing’s Own”, China National Conservatory Orchestra of Beijing, China Central Television (CCTV3), the National Symphony of the Dominican Republic, and numerous recital series.

Robert has held orchestral positions with the National Symphony of the Dominican Republic, Bastille Opera Inaugural Orchestra, Charleston (SC) Symphony and the Mississippi Symphony Orchestra. Dr. Blaine has served on the faculties of the National Conservatory of the Dominican Republic, Nazareth College, SUNY Geneseo, the University of Louisiana at Monroe, and the Eastman School of Music. Holding degrees from Indiana University, the Catholic University of America, and the Eastman School of Music, Robert is an Apple Distinguished Educator and an endorsing artist of the C. G. Conn Company. Dr. Blaine performs on Conn instruments exclusively.